Home < Where will lightning strike next?

In the United States, more than 20 million cloud-to-ground lightning strikes are detected each year, and with ongoing climate change, the number of thunderstorms is predicted to rise. Most lightning strikes hit trees, rather than people or houses. However, a recent scientific assessment of trees in Michigan and Kentucky discovered an unusual pattern: almost all trees that were damaged by lightning were conifers. Evan Gora and Stephen Yanoviak from the University of Louisville in Kentucky are trying to determine why lightning damages conifers more frequently than other trees. Ultimately, they hope to be able to predict where and what objects lightning strikes – before it happens.

Trees are about 10,000 times more conductive than air, which means that they are not only often the target of lightning strikes, they actually tend to attract lightning. But not all trees are created equal. Because of differences in cell structure and physiology, differing tree species vary in their ability to propagate current. Recent research by Gora and Yanoviak is revealing that these electrical properties may explain why some trees are hit more often by lightning than others.

Is a conifer more likely to be struck by lightning than a hardwood tree? Gora and Yanoviak’s recent research suggests that this may not actually be the case. Using commercially available wood blocks, they found that conifer trees have high electrical resistivity, which means that this type of tree strongly opposes the flow of electric current. In contrast, hardwood trees and vines have lower resistivity than conifers. The physical difference may influence the path of lightning – with their lower resistivity, hardwoods may be more likely to attract lightning than other trees. So, if similar-sized conifer and hardwood trees were growing next to each other, the lightning will most likely take the path through the hardwood tree.

The higher resistivity also may lead to more damage. “If a tree has higher resistivity than another type of tree, it will generate more thermal energy as current flows through it and thus be damaged more” says Gora. That may explain why, although lightning may be more likely to strike hardwoods, actual damage is more often seen in conifers.

Gora and Yanoviak also found that taller, emergent trees were more often damaged by lightning than shorter, non-emergent trees. But, they didn’t find differences across large geographic scales.  Assessment of lightning damage between trees growing on ridges and those growing in lowlands revealed that damage was about the same. This means that a tree on a hilltop will not necessarily have a higher chance of being struck by lightning than a similar tree at a lower elevation.

Resistance is also lower in damaged trees or those infected by microbes. Gora and Yanoviak think this might be caused by the accumulation of ions (charged particles) and, most importantly, moisture in the damaged parts of the tree. However, because these studies by Gora and Yanoviak have focused on historical data, it is impossible to tell which came first: whether lightning struck and damaged the tree, or the lightning struck the tree because it was already damaged.

Answers to these questions may be found in future “live” experiments in Panama, where Gora and collaborators are developing techniques for the experimental induction of lightning strikes to trees. “By monitoring lightning in real time, and by potentially manipulating lightning strike locations,” says Yanoviak, “we hope to explain how lightning interacts with tree characteristics and affects forest dynamics.”

How will they attract lightning for their experiments? Ben Franklin’s iconic kite demonstration is not too far off the mark. The researchers will induce lightning using a weather balloon with a metal rod attached to a tree/vine complex by a copper wire. The weather balloon will attract the lightning bolt and the copper wire will carry the current to the tree or vine. Vines will be tested because they think that these stringy elements limit the amount of tree damage from a lightning strike by functioning as natural lightning rods. “Lianas (woody vines) parasitize and compete with trees, but they might also provide passive protection against lightning damage,” says Yanoviak. “Uncovering this possibility is a key goal of our observational and experimental work in Panama.”

In the United States, the highest frequencies of lightning strikes occur in the Gulf of Mexico coast and the Atlantic coast in the southeast US, with Florida experiencing the highest numbers of any state. If you live along the Pacific West coast, you will be luckier and miss most of the jolts. But don’t worry, unless you have a habit of climbing tall conifer trees, the odds of being struck by lightning in any given year is 1 in 700,000. That said, some people are struck by lightning more than others, so perhaps there is something about our uniqueness and differences in individual resistivity that begs studying as well.

Gora presented the results of this research at the 2015 annual meeting of the Society for Integrative and Comparative Biology in West Palm Beach, Florida. This ongoing research is supported by a grant from the National Science Foundation to Steve Yanoviak and collaborators. 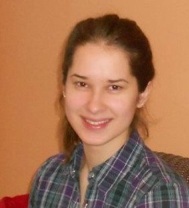 Ieva Roznere is a Ph.D. candidate in the Department of Evolution, Ecology, and Organismal Biology at The Ohio State University. She is interested in understanding the physiology and metabolism of freshwater mussels. Her dissertation research explores how these organisms respond to the stress of captivity and relocation in order to enhance conservation strategies.