Home < Hamsters use a novel approach to control aggression

By Devin Merullo, Department of Zoology, University of Wisconsin-Madison

Don’t fight. Sounds like simple advice, right? Yet animals in the wild routinely ignore this precaution.

Critters clash with one another over mates, territories, and other resources critical for survival. But individuals vary widely in their aggression depending on factors such as the time of year and reproductive state. Does a common physiological mechanism among animals regulate these behavioral changes?

Testosterone and estradiol are two steroid hormones that regulate certain behaviors, including aggression. They are produced in male and female gonads, respectively, and are involved in physiological changes that prepare animals for reproduction. Their circulating levels fluctuate throughout the year and increase during the breeding season. As a result, most animals are more aggressive during the breeding season.

Surprisingly, this behavioral pattern is not observed in Siberian hamsters. Nikki Rendon, a PhD student at Indiana University, and her adviser Dr. Gregory Demas are setting out to understand why.

Thus, in these hamsters, it appears that the heightened aggression originates from a source other than the gonads. What could this be?

The adrenal gland secretes dehydroepiandrosterone (DHEA), which can later be converted to testosterone or estradiol in either the brain or body. By this mechanism, the converted steroids can act directly in the brain to regulate aggression. However, the behavioral consequence following the conversion is the same as the release of these hormones from the gonads: increased aggression. Rendon suspects that some sort of seasonal switch affecting adrenal gland response may regulate aggression between breeding conditions.

To test this idea, Rendon investigated whether there was a relationship between adrenal sensitivity and reproductive condition, and if the structure of the adrenal glands changed through the seasons.

She first conducted behavioral tests and observed that non-breeding females were more aggressive than breeding females, confirming her previous findings. Next she administered ACTH (“adrenocorticotropic hormone”) to breeding and non-breeding females. ACTH causes the adrenal gland to release DHEA. If adrenal sensitivity changes between reproductive contexts, then a difference in the release of this hormone across breeding seasons would be expected.

Rendon indeed found a difference in DHEA release between the seasons: non-breeding females released more DHEA. Therefore, the non-reproductive hamsters had more responsive adrenals. Behaviorally, the non-breeding females were more aggressive when they had elevated DHEA levels, demonstrating that this hormone is associated with aggression.

Next, Rendon set out to tackle her second question: how does the adrenal gland change across seasons? In collaboration with Dr. Dale Sengelaub in the Department of Psychological and Brain Sciences at Indiana University, and his then-graduate student Dr. Lauren Rudolph (now a postdoctoral fellow at University of California, Los Angeles), Rendon analyzed the size of the tissue layer of the adrenal gland that secretes DHEA in breeding and non-breeding females.

Rendon and her colleagues witnessed a surprising result. Since the breeding females had lower DHEA responses, the researchers expected this layer to be smaller in these hamsters. Instead, they found the opposite—the DHEA-secreting region was larger in breeding females. “This effect was counterintuitive, and in contrast to what we hypothesized,” exclaimed Rendon.

When the scientists weighed the adrenal glands of the hamsters from both reproductive conditions, however, they found that despite their smaller size, the non-breeding hamsters’ adrenals weighed the same as the breeding hamsters’ adrenals. These glands also contained more DHEA, suggesting that “they’re denser, and they’re more capable of producing DHEA,” as Rendon concluded.

Although Rendon’s study identified the adrenal gland as a candidate site for the seasonal switch in regulating aggression, the physiological reasons underlying this switch are still unclear. “There are a lot of mechanisms that could be involved,” says Rendon. She suspects that it may be because the adrenal gland contains larger cells, or more cells that produce steroid hormones.

Rendon’s work is helping to untangle the web of physiological and environmental factors that regulate behavior. This is important for understanding how aggression and other complex behaviors can appear in different ecological contexts.

Ultimately, hamsters are helping us to discover how different evolutionary paths can lead to similar outcomes, illustrating the diverse ways in which social behaviors have evolved.

Rendon presented the results of this research at the 2015 annual meeting of the Society for Integrative and Comparative Biology in West Palm Beach, Florida. 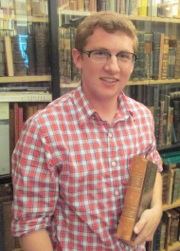 Devin Merullo is a Ph.D. student in zoology at the University of Wisconsin-Madison, where he studies the neurobiology of vocal communication in songbirds. More broadly, he is interested in the neural basis of social behaviors and the interactions between physiology, the environment, and behavior.